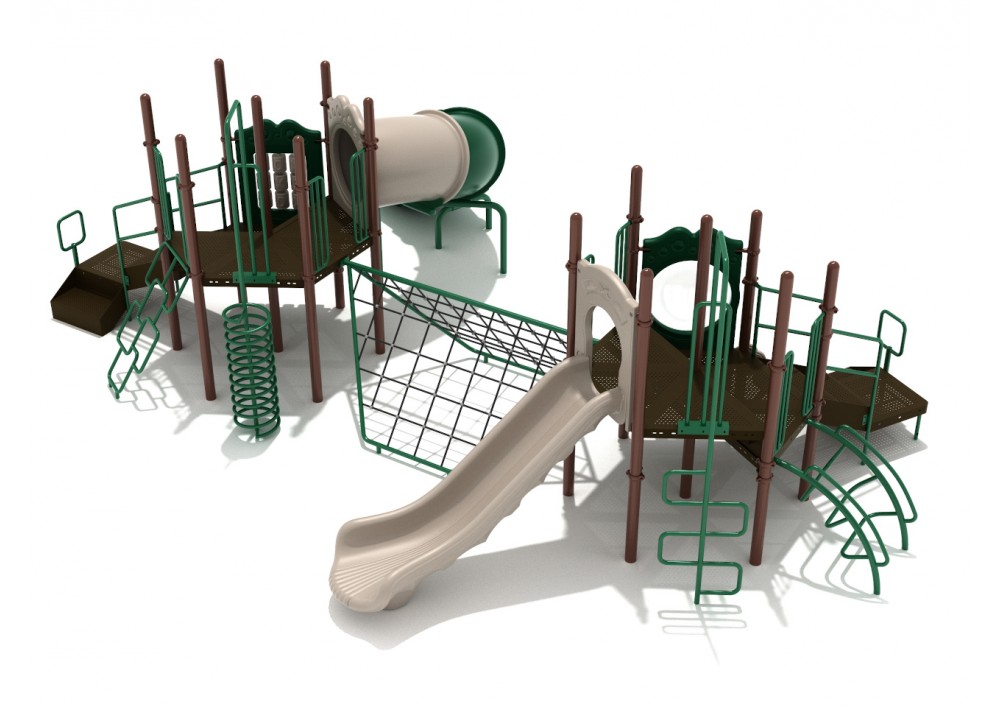 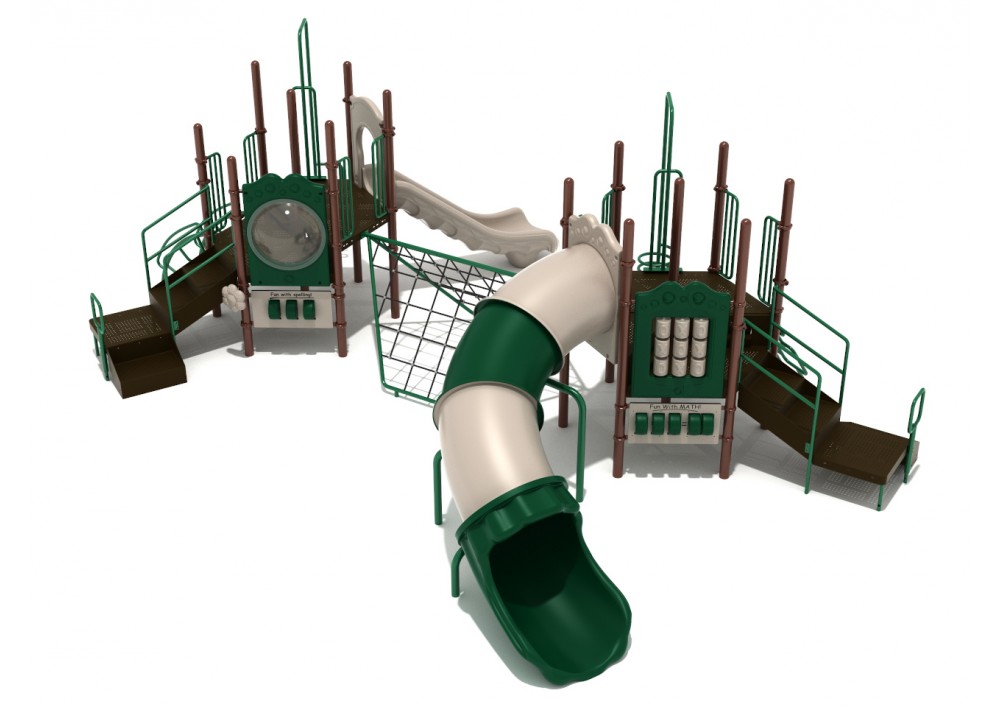 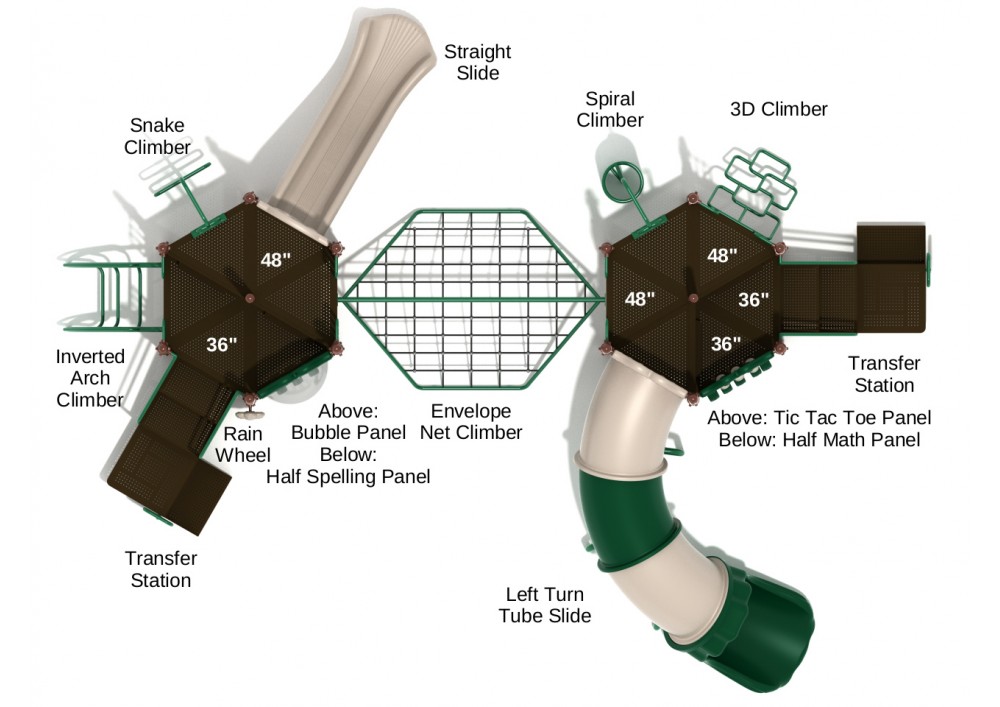 Kids are continuously searching for new playground activities. The Twinsburg playground system will definitely fit the bill for those children who think they’ve already seen it all at the park. This commercial-grade structure is built around a cool dual platform concept that features matching platforms that look, at first glance, to be fairly similar. It’s only when youths get closer that they’ll discover the unique pieces that separate one half from its sibling. Both halves possess slides, climbers, and Transfer Stations. The first platform has an Inverted Arch Ladder and a Snake Climber while climbers ascending on the twin structure get to scramble up a Spiral Climber or a 3D Climber. Both halves also feature some educational opportunities along their bases: a Half Spelling Panel for budding wordsmiths and a Half Math Panel for number wizards. Perhaps most notable is the clever way the twin pieces of the structure are linked by an Envelope Net Climber, whose strong and supportive ropes will be sure to see a bunch of activity by those pretending they’re carefully navigating between sky high towers or over dangerous lava flows.