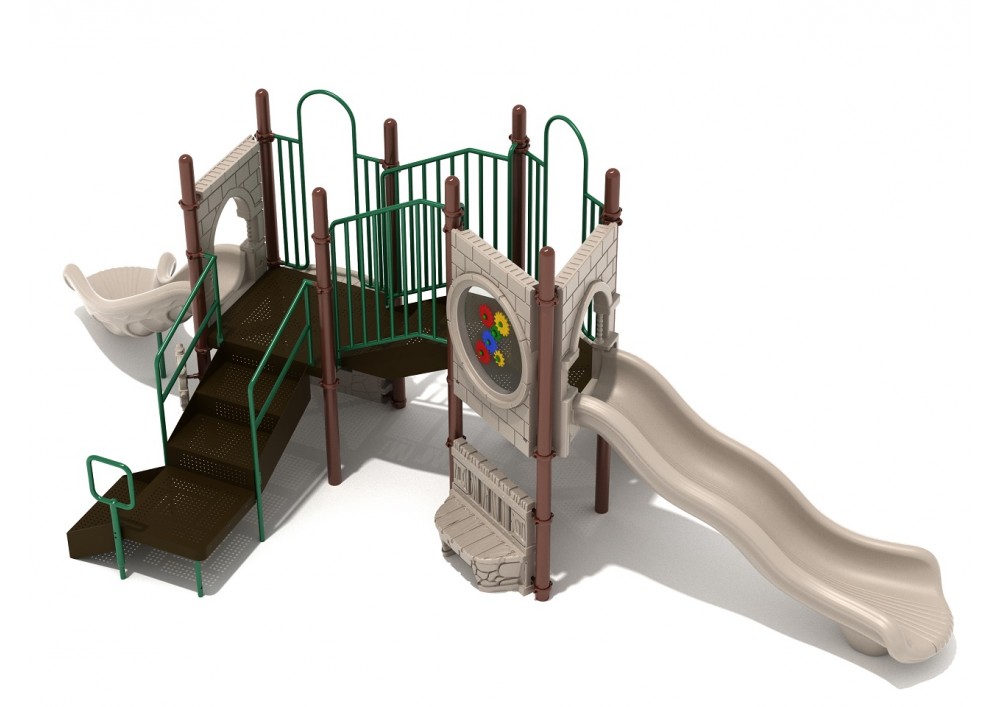 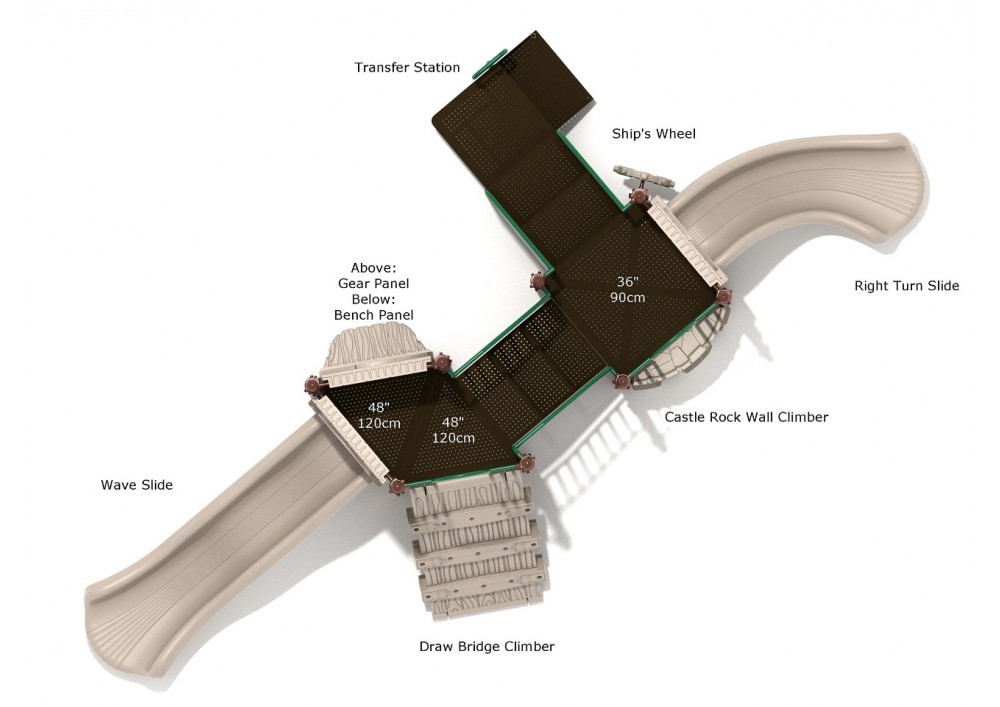 Sound the alarms of battle on Catapult Cove, yet another addition to parkandplaygrounds.com’s Castle Series of play structures. Although this structure doesn’t feature any medieval-era weapons that hurl flaming boulders, Catapult Cove does boast a wide variety of play elements that kids ages 2-12 are sure to enjoy playing with. On the ground, children can twist and turn the Ship’s Wheel, which they can use to envision themselves as a pirate captain aboard their own ship. Also included on the ground level is the Bench Panel, a simple yet effective addition that allows your playground-goers to rest and recuperate. Moving up to the elevated portion of Catapult Cove using either the Draw Bridge Climber or the Castle Rock Wall Climber, small children will immediately be drawn to the Gear Panel, which offers some nice visual stimulation for young minds. Once finished, kids can whoosh back down to the ground using either the Right Turn Slide or the Wave Slide.